We use cookies to offer you a better browsing experience, "recognize" returning GSCA members, and analyze site traffic. By using the site, you consent to our use of cookies. To withdraw consent, please adjust your cookie settings in your browser. 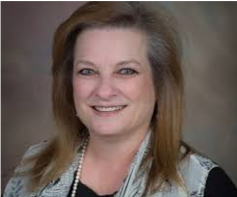 In March of 2014, Missy and her husband co-founded the Davis Direction Foundation (DDF) following the death of their son, Davis. In December of 2014, Missy retired from public education to devote attention as the Executive Director to the DDF – a foundation to promote awareness, affect change and save lives related to opiate/heroin addiction. In the first year of operation, the DDF, with a founding board of 11 members, has raised over $60k, launched a 6-month Metro Atlanta Billboard campaign, hosted 3 Opiate/Heroin Symposiums and 2 Memorial ceremonies, held a golf tournament raising over $15K and received a grant from the American Medical Association Foundation to purchase and handout life-saving kits. The AMA Grant also allowed the DDF to compile and publish a packet of information, which is placed in schools and businesses throughout Georgia, and surrounding states. The work of the DDF has been highlighted in the media through newspapers, television stations and “Our Town” magazine. Missy maintains an informative blog on the Davis Direction Foundation website and Facebook page.

Mrs. Owen currently serves on the Board of Cobb Community Alliance to Prevent Substance Abuse, Inc, is a member of the Georgia Prescription Drug Abuse Prevention Initiative and has received certification for “Media Training” by the National Safety Council.

Missy and her husband Michael reside in Cobb County. They have 5 children, one of whom resides in Heaven. They are members of the Marietta First United Methodist Church. 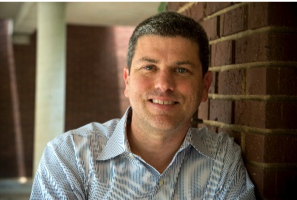 Talley Wells is in his second year as the Executive Director of Georgia Appleseed Center for Law and Justice.  During his tenure, Talley and his team have positioned Georgia Appleseed to be a key voice for systemic change for low-income Georgia children in healthy housing, school climate, school-juvenile court partnerships, and children’s behavioral health. He is a frequent speaker on these topics.

Talley was the lead author of a 2018 Companion Guide for Georgia court officials to provide accommodations for people with mental illness and developmental disabilities.  It was created by the Access, Fairness, Public Trust and Confidence Committee of the Judicial Council of Georgia Administrative Courts.

Prior to joining Georgia Appleseed, Talley was at the Atlanta Legal Aid Society for seventeen years.  At Atlanta Legal Aid, Talley served as the Director of Disability Integration Project where he advocated for children and adults with significant disabilities. His primary focus was on the implementation of the United States Supreme Court decision Olmstead v. L.C  Olmstead was brought by Atlanta Legal Aid.  The decision held individuals with disabilities have the right to live and receive in the community, rather than in institutions. Talley was also a key advocate in the implementation of a United States Justice Department settlement with Georgia in which the state invested over 200 million dollars in state services for people with mental illness and developmental disabilities.

Talley is a former skipper on the Jungle Cruise at Walt Disney World where he spent four summers on the rivers of adventure.

Are you already a member?

If you are already a member, simply click the first option below to access your account and enter the email we have on file for you to begin taking advantage of your membership.

If you do not receive an email after following the step above AND you are a current member, you will need to select the second option below to create an account.

Are you ready to join GSCA?

We offer a variety of membership categories to serve the needs of association professionals and vendors to the association community.

Select a membership type below to get started!